More
Rune system
CoA features a rune combat system. This system gives players a enhanced and more powerful attack
Players may choose to develop one or more of the runes in order to gain an advantage in fighting. It is possible to also build up a rune damage resistance using other skills and abilities so choose your type of attack wisely.
As well as the basic attack which the player starts with, they can unlock the different funes as they progress in the game.
Fire rune unlocks at level 10
Frost rune opens at level 12
Lightning rune opens at level 17 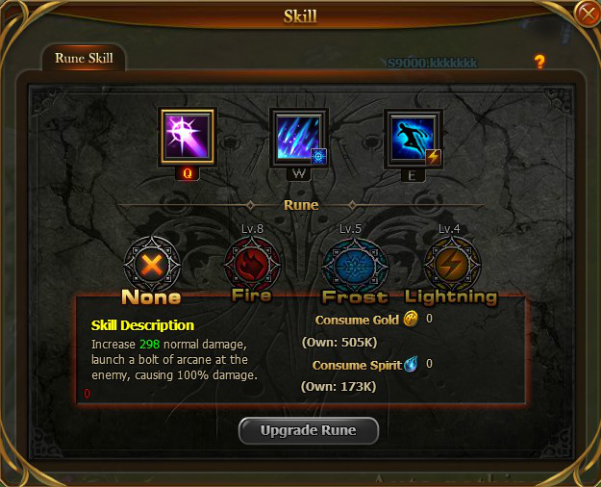 Gold and spirit can be collected from gameplay. The higher the rune level, the more expensive the cost of levelling the runes but the better the attack damage becomes.

Welcome to come to the AMZgames platform

I'll give you a real birthday present tonight.
Learn More

The programe has been This is a warning ?
Confirm No

The programe has been successfully submitted to the system
Confirm